The Elephants of Mfuwe Lodge

Continuing with the theme of elephants and man, the Mfuwe Lodge in Eastern Zambia has one of the most unusual relationship between us and them so far recorded on film.

Check out more picture of the Mfuwe Lodge Elephants below.

Perhaps the principal attraction of travel in southern Africa is the game parks and wildlife conservancies that form the basis of every great safari. Each of the main regions has one at least, some more, with names like Kruger National Park, Mana Pools, the Okavango Delta and Etosha Pan all firing the popular imagination with images of wild Africa.

Although Zambia is not a safari destination that immediately springs to mind it enjoys some 20 national parks, more than any other regional country except South Africa, the most famous of which is the South Luangwa National Park.

South Luangwa National Park is among the lesser known but most beautiful of the preserved wilderness areas of southern Africa, with a bounty of animal and birdlife, and a well appointed and sophisticated hospitality infrastructure that highlights another of the great pleasures of southern African travel: game lodges and tented camps. South Luangwa is also known for its walking safaris that allow for a uniquely intimate association with nature.

Zambia has in recent years been an attractive destination for foreign lifestyle investors, many of whom have purchased or leased areas of wilderness adjacent to the main national parks where nowadays stand some of the regions finest lodges and wilderness camps. These establishments in essence provide an integrated service with rooms, chalets and satellite camps situated either on private land or in and around the main national parks. Usually they compete with one another for finely crafted dÃ©cor, splendid service and a sensitivity and educated interaction with their associated wildlife parks.

Visitors can expect fine cuisine, excellent hospitality and birding and wildlife guides of the highest caliber. In most lodges some sort of very close commerce with the local wildlife can also be expected. This might take the form of a wondering ostrich, or a small herd of impala grazing on the lawn, or perhaps a nocturnal visit from a small family of hippopotamusÂ.or perhaps even a herd of elephants in the dining room!

Yes, the Mfuwe Lodge, situated to the north east of South Luangwa National Park, has been made famous, not only for its excellent facilities and wonderful safaris, but also thanks to the regular visits of a local herd of elephants. These huge animals were undeterred by the fact that the lodge was sited and built along their traditional traverse to and from a grove of wild mango trees. They simply continued old habits by charting a course right through the lodge. In doing so they have created one of the most unique wildlife encounters to be found anywhere on the southern African safari circuit.

The only question is who gets to clean up afterwards! 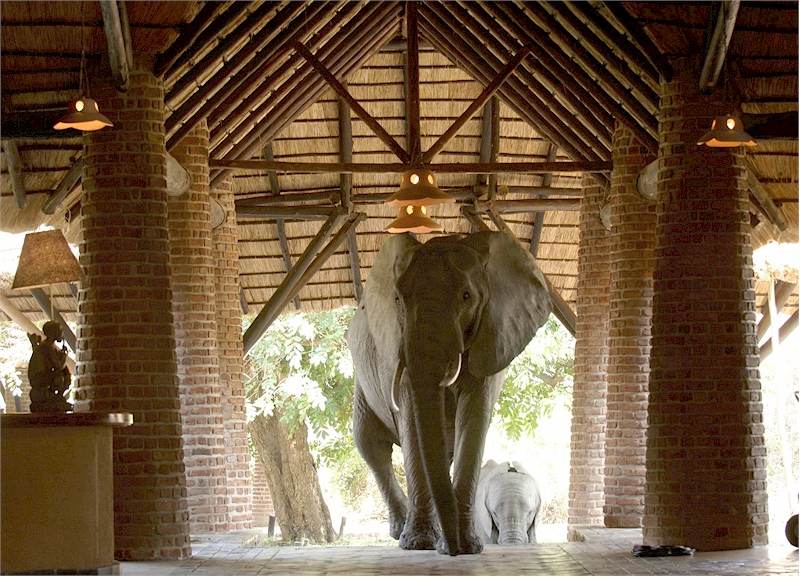 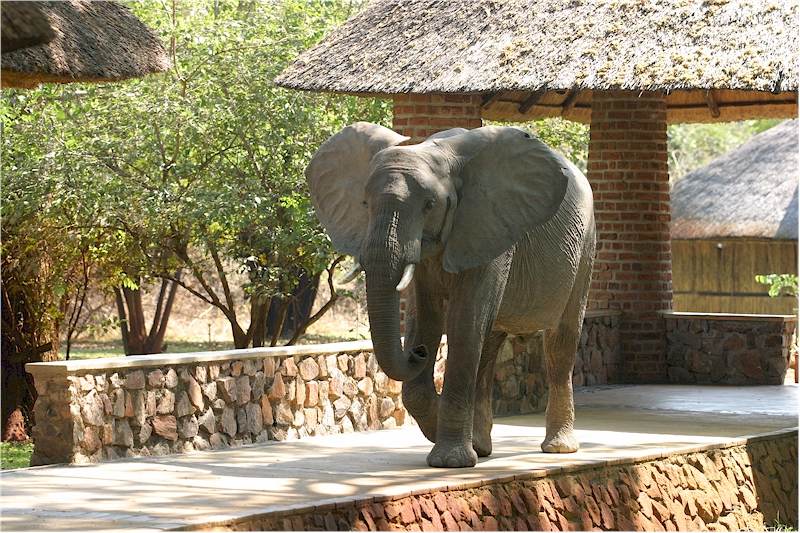 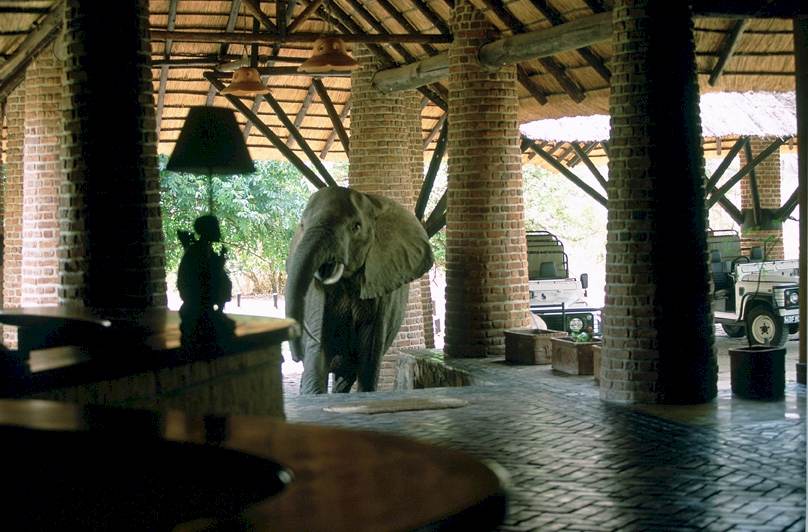 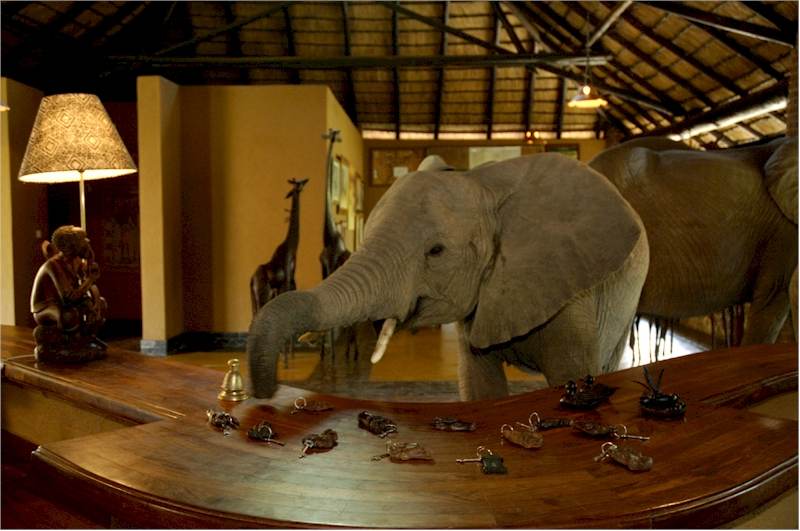 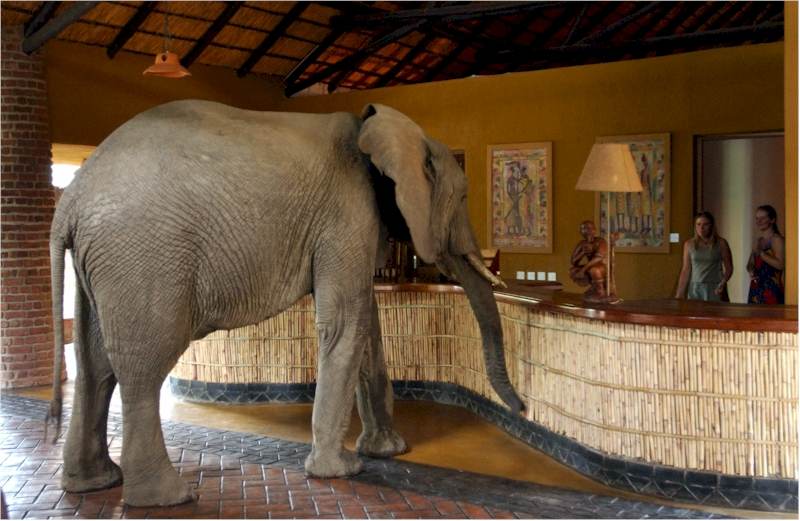 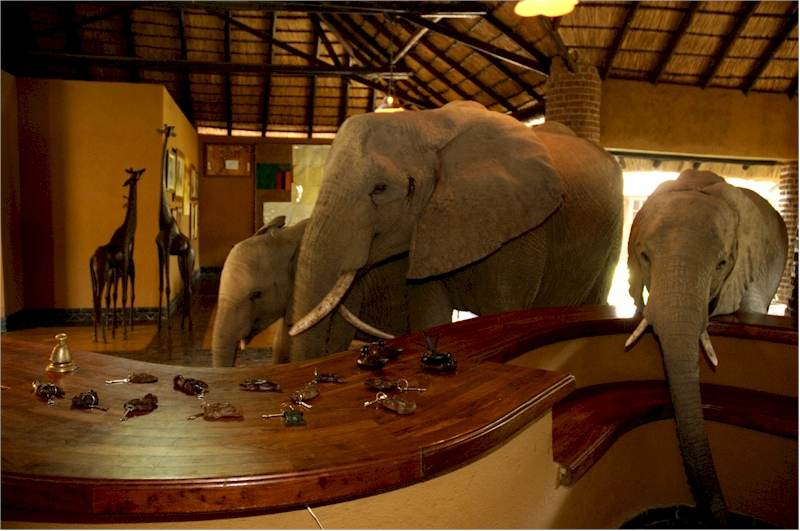 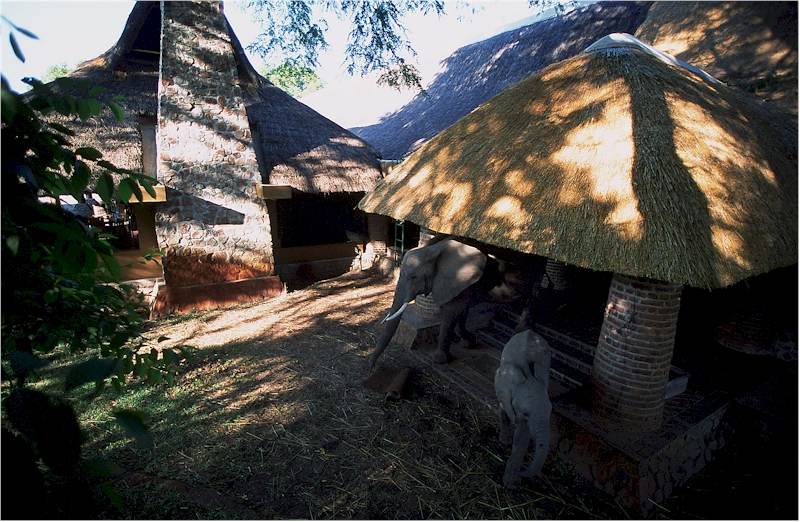 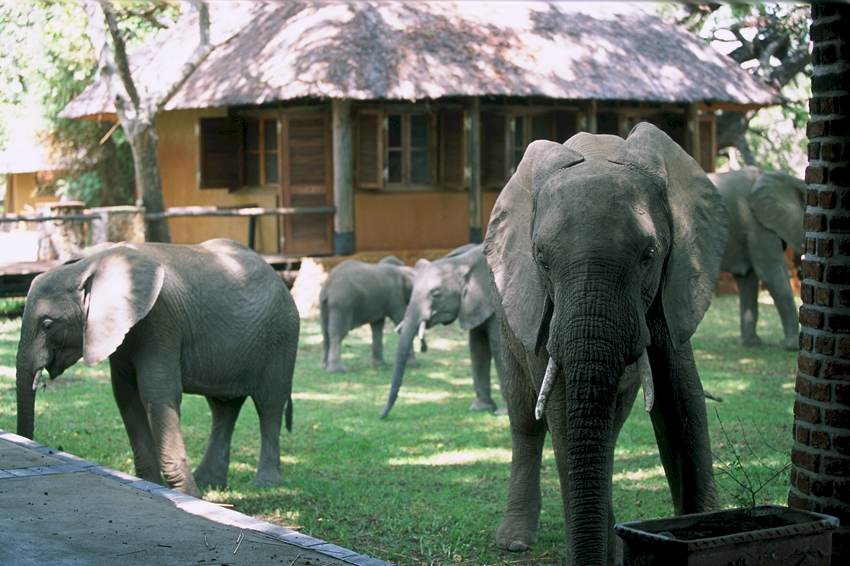 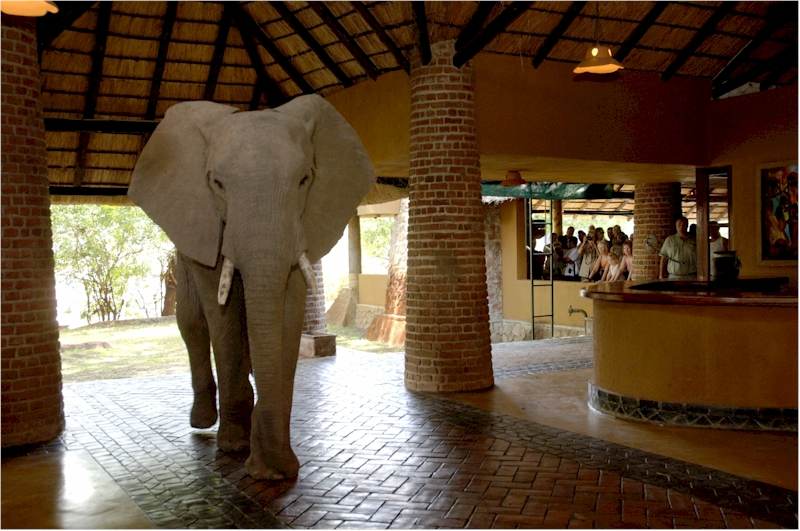 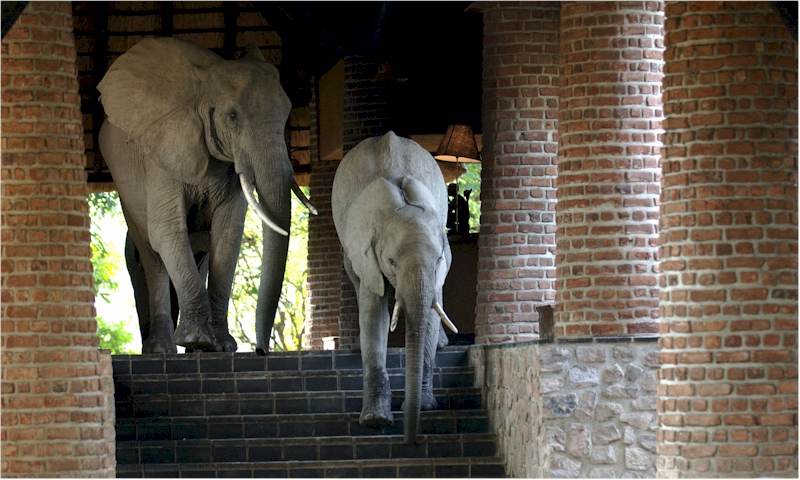