Helping You Get to the World Cup for Less 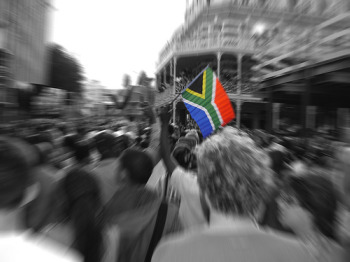 You don’t have to be a football fanatic to know that the World Cup is coming up in 2010. All over the world, people are gearing up for the big event – especially since it only happens every four years – but nowhere are they more excited about the world’s biggest sporting event than in this year’s host country of South Africa.

For most people going to see the World Cup, they’ve been planning their trip for months. Getting tickets to the games involved a lottery about a year ago – and because airfare to South Africa from anywhere in the northern hemisphere doesn’t tend to be cheap, many people had their eye on flight deals a good year before the tournament is set to start just so they’d know when the prices moved.

But if you’re not one of those plan-ahead people, that doesn’t mean you’re out of luck. You might not get the absolute cheapest prices on airfare and accommodation, but after a few days in South Africa – cheering on your country (or whatever country you’re supporting) and enjoying the general fan fest atmosphere – you’ll probably forget about the cost difference. And besides, we’re here to help make sure you don’t get completely taken advantage of, too.

We published a series of articles about 2010 World Cup travel deals, including information about finding the cheapest airfare and even what airports are in the World Cup cities in South Africa to help you get around the country. And we’ve got listings for all kinds of accommodation options for you all over South Africa, too, including cheap hotels in Cape Town and Johannesburg hostels. And of course, in addition to this Africa travel guide, there’s the one dedicated just to the host country itself – the South Africa travel guide.

We hope you have a great trip to the World Cup, and we hope the best team wins!